How Can We All Be A Little Bit Like Michelle Everyday? 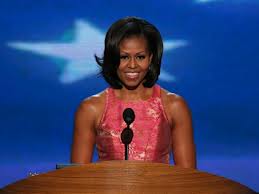 Michelle Obama is many things. A mother. A wife. A supporter. A woman who had a successful career. A woman of intelligence.


One thing about Michelle Obama that can be said is that whether you like what she's wearing or not, whether you're a Democrat or a Republican, when Michelle's presence is known-whether it 's on television or in a magazine, or at an appearance-she has a way of making people look at her not as a Democrat, and not as The First Lady of the United States. She shows you who she is once you strip away those titles- a loving mother, wife, and daughter. A friend. A smart woman who knows the importance of intellect over beauty, kindness over cruelty, and love over hate. In short-she shows you who Michelle is at the core. 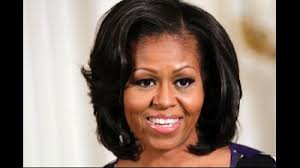 And that's what I want to encourage you to do as well.
This isn't about copying everything Michelle does,how she dresses and how she acts. Far from it actually.
This "non-How To", is to hopefully inspire and encourage you to be your authentic self and to be the person you aspire to be, by exploring and developing who you are at the core.

So as I close out, I want to ask again this time, How can we and do You plan on being like Michelle every day?
Posted by Tiffani